Welcome to New York City’s Upper East Side, where my friends and I live in luxe Fifth Avenue apartments and attend Manhattan’s most exclusive private schools. We’re smart, we’ve inherited classic good looks, we wear fantastic clothes, and we know how to party. We can’t help it-we were born this way.
Our story begins with three inseparable, completely gorgeous fifteen-year-olds, Serena van der Woodsen, Blair Waldorf, and Nate Archibald. Blair’s loved Nate and his glittering green eyes since she was in Bonpoint onesies. Too bad Nate wishes Blair’s beautiful
best friend, Serena, was the one with the crush. And Serena has a secret she’s keeping from them both. Hmmm, something tells me these best friends may not be as close as we thought. . . .
How do I know all this? Because I know everything-and lucky for you, I can’t keep a secret. So sit back while I untangle this messy little tale and tell you how it all began.
Admit it, you’re already falling for me.
You know you love me.
gossip girl

I was going to write a full review post of this book but decided against it. I have a feeling that this is going to be more of a rant and less of a review, so I’m going to save you guys the trouble and keep it short. Before I start my review, I have a confession to make— this is my third Gossip Girl book (I didn’t read the Gossip Girl series in a chronological order) and I didn’t like the first two. But I really WANT to like the series, so I tried for the third time. And I really thought the third time was the charm.

END_OF_DOCUMENT_TOKEN_TO_BE_REPLACED

I had no idea GirlOnline would take off the way it has – I can’t believe I now have 5432 followers, thanks so much! – and the thought of opening up to you all about this is terrifying, but here goes…

Penny has a secret.

Under the alias GirlOnline, she blogs about school dramas, boys, her mad, whirlwind family – and the panic attacks she’s suffered from lately. When things go from bad to worse, her family whisks her away to New York, where she meets the gorgeous, guitar-strumming Noah. Suddenly Penny is falling in love – and capturing every moment of it on her blog.

But Noah has a secret too. One that threatens to ruin Penny’s cover – and her closest friendship – forever.

I must confess that one of the reasons why I picked up Girl Online was because I was intrigued by all the hype the book was getting. According to the headlines, this book surpassed the records of authors like Dan Brown and JK Rowling in terms of the number of books sold by a debut author. But does the book measure up to the hype it is getting?

END_OF_DOCUMENT_TOKEN_TO_BE_REPLACED 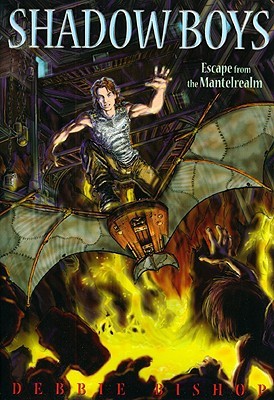 A wicked fairywitch, intent on seizing the throne of Fairydom wages a brutal battle over the name of the true heir ? a secret the fairies kept closely guarded for protection. When the fairies lose and still won?t reveal the name, the witch steals all the boys in the land and enslaves them to work in the scorching mines of the Mantlerealm. She then covers up her treachery with a spell that obliterates the boys and the war from the outside world’s memory. Years later, a girl discovers their mystery and learns that the boys have not gone quietly. Following their not-so-fearless leader Jayce, the Shadow Boys, self-named for their ability to hide inside their own shadows, have adapted to their horrific environment where magic does not work, and because it is too hot to fly, they have used extreme sports as their inspiration to navigate throughout the mines. Training themselves like a Special Forces unit, they have prepared for the day they would attempt to escape all at the same time. Prior attempts had failed and the Shadow Boys, like the oft described military band of brothers, will not leave one man behind. Instead, they have waited anxiously for the girl’s prophecized arrival, for it is foretold that she must fight on their side if they are to win against the witch and her dragon army. But now, just when she begins to uncover the truth, the enemy finds her.

I was really excited to read Shadow Boys because I thought it was going to be an interesting story. Middle grade books are not my thing but from time to time I try to read books outside my comfort zone. It started pretty good. The fantasy world that the author created was great—well at first it was. And then it went downhill.

The very first thing that I noticed was the typographical errors of the book. I don’t want to see typos in a book, ever. I consider this as a huge pet peeve and the book has so many typos which was very disappointing.

When writing a fantasy book it is important to know that when you make your own fantasy world, all details must be polished. I do not like seeing loopholes in the story. Some of the events in the book didn’t sound convincing and it was just bland.

The story didn’t have much creativity either. From the first few chapters, I could already predict what was going to happen next. It isn’t bad to write a cliché, as long as it is presented in a nice way or if there was a little twist to liven up the plot.

I was really excited to read it but I was so disappointed after reading the book.