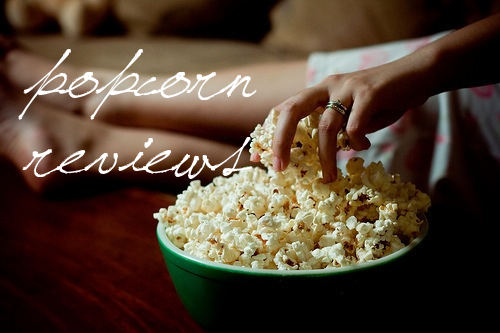 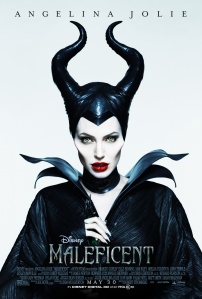 A vengeful fairy is driven to curse an infant princess, only to discover that the child may be the one person who can restore peace to their troubled land.

Growing up, I was not a fan of fairy tales. I never understood the logic behind true love’s kiss. Is one kiss really enough for a girl to marry a boy? Is one kiss enough to solve all the world’s problem? From a young age I knew that love is not supposed to be instant, that there’s more to it than spark. Love should be worked on, to be built upon and worth fighting for.

END_OF_DOCUMENT_TOKEN_TO_BE_REPLACED 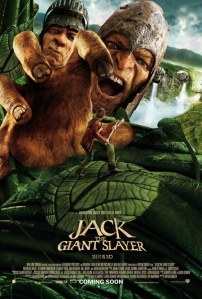 The ancient war between humans and a race of giants is reignited when Jack, a young farmhand fighting for a kingdom and the love of a princess, opens a gateway between the two worlds.

It seems to me that making classic fairy tales into movies is now a new trend in Hollywood. Not only are books published in this century are being made into movies, we also find our favorite bedtime stories and classic tales of adventures like Jack and the Ben Stalk in the cinema.

END_OF_DOCUMENT_TOKEN_TO_BE_REPLACED 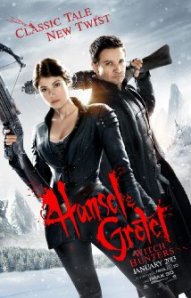 Hansel & Gretel are bounty hunters who track and kill witches all over the world. As the fabled Blood Moon approaches, the siblings encounter a new form of evil that might hold a secret to their past.

We all know the story of Hansel and Gretel– how their wicked father lost them in the forest, how they found a cottage made of candies and sweets, how they were abducted by a witch. We know how they defeated the witch, escaped and lived happily ever after. But is it really a happy ending for them? What became of the two orphans after they escaped from the witch? They became witch hunters.

Whatever you do, don’t eat the fuckin’ candy.

The movie adaptation of Hansel and Gretel picks up a few years after the siblings escaped the witch. In this movie we see a different Hansel and Gretel, the once innocent, fearful children are now a shotgun-wielding, witch-slaying duo. They are mercenaries hired to hunt down and kill witches who wreak havoc to the villagers and kidnap children.

We learned a couple of things while we were trapped in that house. One, never walk in to a house made of candy. And two, if you’re gonna kill a witch, set her ass on fire.

While the fairy tale is for young kids, this movie isn’t. The witches’ faces are too scary for it to be a children’s movie, I imagine little children would have nightmares seeing those odd and terrifying faces. There is also graphic violence throughout the movie which isn’t present in the fairy tale version. Not that I mind. Honestly, their weaponry and fighting skills are very fun to watch. Every scene is action packed and the pacing of the story is just the way I like it.

There is also a great twist to the story which is quite surprising but equally good. There’s only one glitch I find in the movie though, the setting of the story is during the ancient times, possibly Middle Ages, but the weaponry present in the movie is way ahead of its time. I find this unusual for a movie set in the past.

The movie adaptation captured the essence of the fairy tale and was able to add its own twists. All in all I think  Hansel and Gretel is a great movie that is worth the watch.

When you see my signal, unleash hell.

Two years after the devastating effects of The Reichenbach Fall, Dr John Watson has got on with his life. New horizons, romance and a comforting domestic future beckon. But, with London under threat of a huge terrorist attack, Sherlock Holmes is about to rise from the grave with all the theatricality that comes so naturally to him. It’s what his best friend wanted more than anything, but for John Watson it might well be a case of ‘be careful what you wish for’. If Sherlock thinks everything will be just as he left it though, he’s in for a very big surprise.

The much-anticipated third season of Sherlock is finally here. We’ve waited two years for this and now that it’s here, I can hardly contain my excitement.

The story line for The Empty Hearse takes place two years after Sherlock’s “death”. Most of the characters in the series have moved on with their lives, including John. Here are my top 5 favorite things about this episode:

1. The reunion – I didn’t expect I’d get so emotional when Sherlock finally revealed himself to John. If you think about it, two years is a lot of time, and a lot could happen. Just when John was finally ready to move on, Sherlock came out of the blue and voila he wasn’t dead after all! John’s reaction when he finally saw Sherlock after two years was precious! Absolutely precious. I wouldn’t go into details because I don’t want to spoil you. But it was just epic!

2. Sherlock’s Trick -The pressure is definitely on for the production team of Sherlock. At the end of the second season we found out that Sherlock is alive and since then we’ve been weaving clever and outrageous theories about how Sherlock survived the fall. To be honest I am quite disappointed that they didn’t exactly reveal how Sherlock did his trick. Although it was really fun to watch all sorts of theories from the fans, so far this is the most heavily fan-serviced episode I’ve seen. It’s like they incorporated every fanfictions on the internet into the story. For me, it was great that they did it. It lends a lot of comedic vibe to the episode but for other Sherlockians it wasn’t such a hit. I do understand some Sherlockians are not used to Sherlock being a comedic TV series but hey, it doesn’t hurt to laugh once in a while, right?

I think the reason why it wasn’t revealed in the episode how Sherlock faked his death is that they didn’t want to disappoint their fans. Because if they did reveal the trick and it didn’t come close to what the fans expected, the whole story could fall apart right from the start. I hate to say this but I think they were playing it safe, although I do understand why they made that decision. Guess who this new character is!

5. Funny Sherlock – Sherlock’s character has developed pretty well this season. He used to be insensitive, rude, obnoxious, drab, and calculating in the past seasons. Now, well, he is still insensitive, rude, obnoxious, drab and calculating but he turned it down a notch. And he adopted a sense of humor too. Something happened to him in the two years he’s been away. Some sort of epiphany. It’s nice to see his character develop over time.

Overall, I think The Empty Hearse is great. Two long years of wait is well worth it. This episode has so much fan service I’m pretty sure I’m not the only one fan girling over this. There is just one little hiccup for me—I am bummed they didn’t really reveal how Sherlock faked his death. Oh well, I still love Sherlock though no matter what.

I could go on and on about how amazing it is but I think you already get the picture. If you haven’t seen it, go watch it now!

*I have decided that from time to time I will do a review of books that are turned into movies/series. Hope you like it!

After R (a highly unusual zombie) saves Julie from an attack, the two form a relationship that sets in motion a sequence of events that might transform the entire lifeless world.

I have heard great things about Warm Bodies so I was very intrigued by it. When I found out there was a movie adaptation, I decided to read the book first before watching the movie. But an unexpected turn happened.

A friend invited me to her house for a movie and I didn’t think we’d be watching Warm Bodies and of course I couldn’t just say, “Wait, let’s not watch this yet because I haven’t read the book”, so I just shut up and watched.

What made me interested with Warm Bodies (both book and movie) is the plot. We’re used to zombies being portrayed the bad guys but who would have thought zombies can fall in love too? In my opinion, the plot is a breath of fresh air, and it’s cute too! It’s also very funny, it had me laughing despite the scary faces of the zombies. The fact that Nicholas Hoult can still be hot despite being a zombie is a plus too. But what I really love the most about the movie is the soundtrack. I grew up listening to 80s songs and hearing my favorite songs being used in a movie is a great feeling. Another movie I really like because of the soundtrack is Megamind but that topic is for another review.

We often say that love makes us human, well in this movie it makes as human, literally. After watching the movie I realized some things we take for granted like a beating heart, the ability to breathe, to feel pain and mostly, to be alive. When a trivial thing goes wrong we silently wish to just die because we’re sick of the world. But do we really mean that? In this movie the undead teaches us the value of life, to remind us that living is a bliss we should enjoy.

I am very excited to read the book. I know the book is bound to be different from the movie and I’m okay with that. After all, it’s inevitable.

If you’re looking for a love story with an unexpected twist and a hot zombie (*cough* Nicholas Hoult) then this movie is for you.