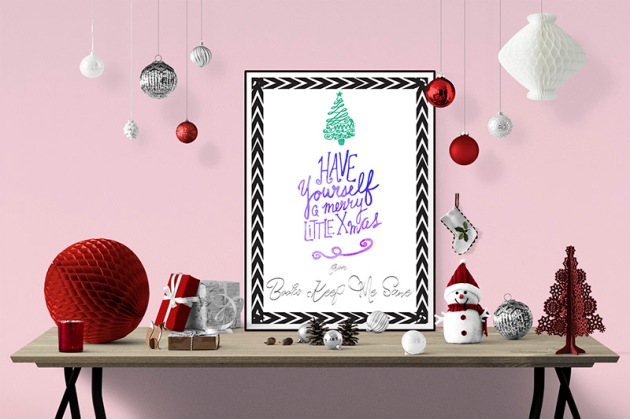 First of all I want to greet you all a Merry Christmas! I hope you are having fun in this special day.

My family is not big on celebrations but we always make sure to be together. After all it’s the company that’s important, right? But there’s a lot of food though and I am very happy about that. I want a white Christmas and make snow angels but unfortunately it doesn’t snow in this part of the world. Sigh. I’m just going to stuff my face with cookies. Haha! Nothing beats holiday cookies.

You might be wondering where I’ve been in the past months. Sit tight because I have so much to tell you.

Where have you been?

I took a hiatus last month because of NaNoWriMo. I wanted to focus on writing so blogging and reading took a back seat. I am pleased to tell you that the sacrifice paid off because I won. This is my second Nano win in a row. But my story is not so great so it needs rigorous editing. Or maybe it needs to be rewritten from the ground up. I will worry about editing it next year, for now I just want to bask in my victory.

I published a book

Yes, you read that right. It’s been my longest dream to be published and now here it is…

Rumor Has It was released last November 30 and I have mostly kept silent about it because I was shy(?) to tell people about it. I didn’t want to be too self-promoting. And it still feels surreal to say, “Hey, I have a book and it’s published. Like legit published.” For a long time it has only been a dream and now it’s here and I still find myself asking “Is this real?”

You can go to its Goodreads page or visit it on Amazon, Kobo or Barnes & Noble.

I got a job

Well, not a full time job yet but it’s an internship. I love the people at my job, they’re really great and I am hoping the company will offer me a full-time position after I’m through with my undergraduate degree. It’s an eight-hour job and it’s harder than I thought. The work itself isn’t that hard but I live pretty far from work. It’s a one and a half hours bus ride to and from work so I have to get up very early and by the time I’m home I’m exhausted. In fact I have not finished reading a book this month! I have a lot of time while riding in the bus but I get sick when I read inside a moving vehicle.

So yeah, those were the things that happened in the past few months. Right now I just want to focus on my job but I’ll get back to blogging in January. But do tell me all about your holidays! Did you eat copious amount of cake and/or drank eggnog? Tell me about the gifts you received or the snow. Did you make snow angels?

2 thoughts on “Back From Hiatus To Wish You A Happy Holidays!”